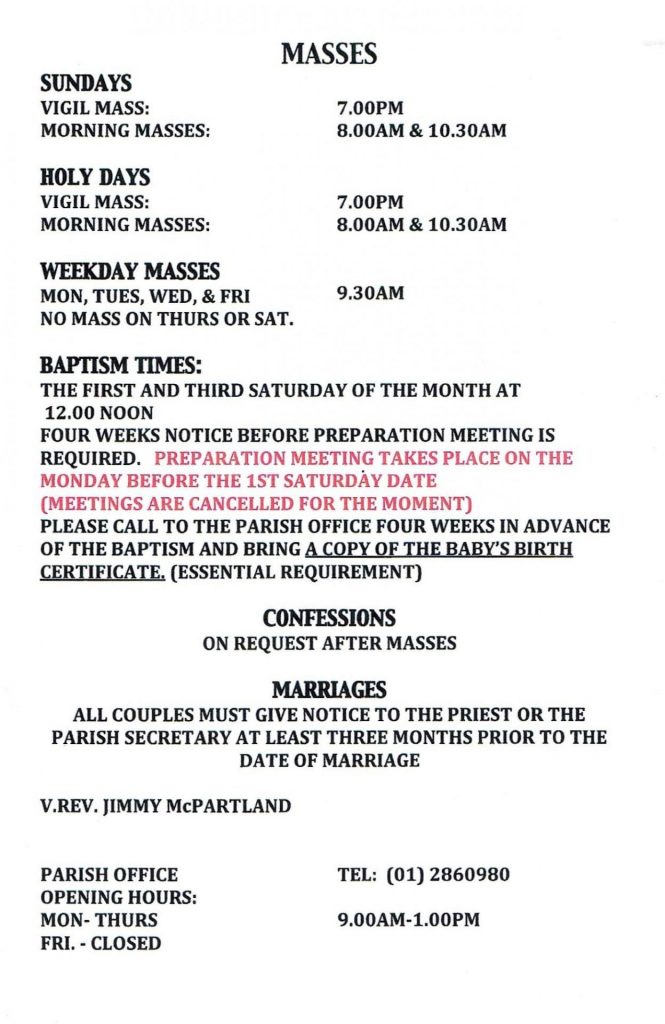 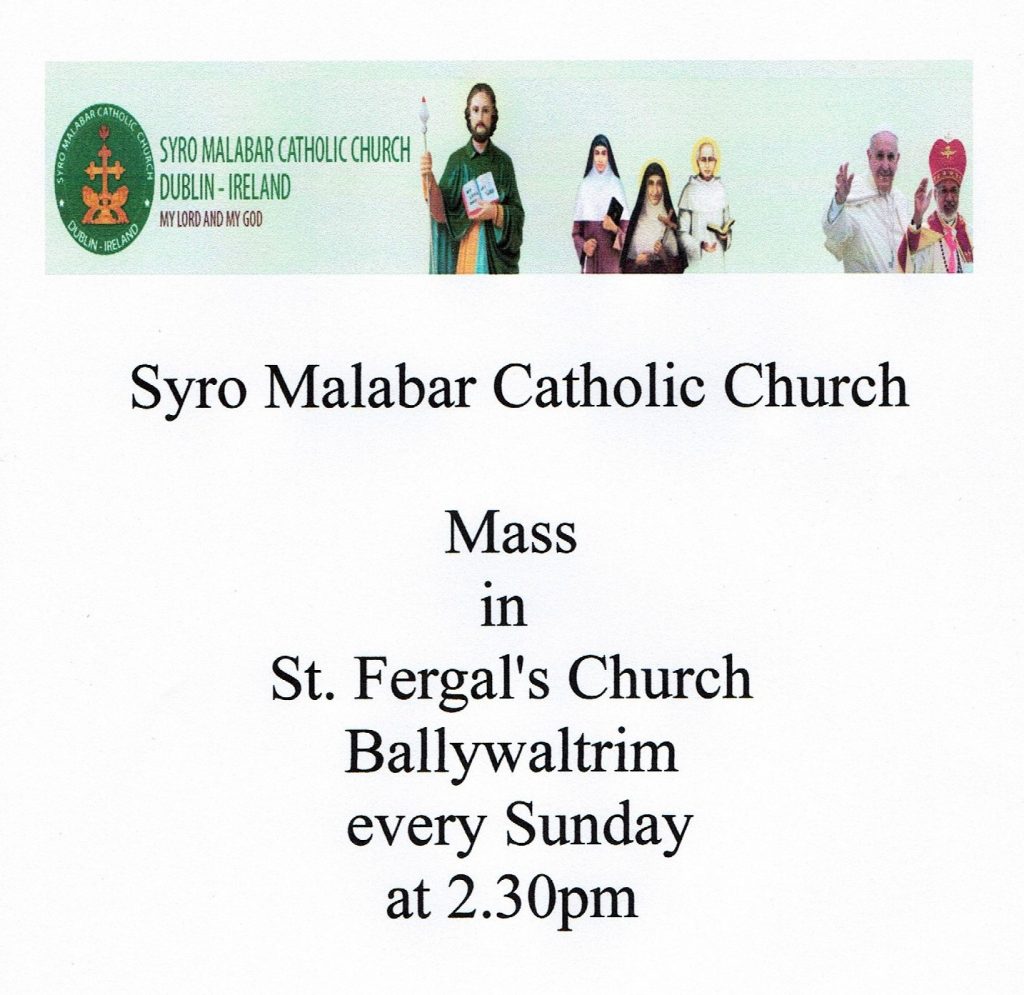 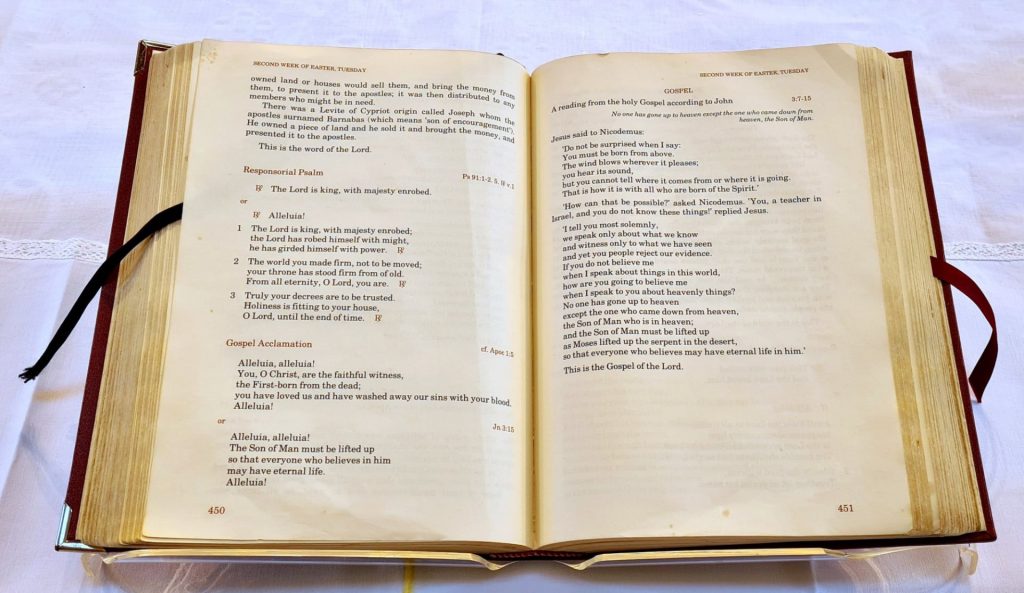 The story of Job is about humankind’s relationship with God and the problem of evil gives the occasion for discussion. Job shows total resignation to God in all his misfortunes. Job prays for help by raising the question of the meaning of what has happened to him. He shows the meaninglessness of life without a relationship with God

St. Vincent dePaul, 1580-1660, committed to care of the disadvantaged and the oppressed, founded the congregation of the Mission (the Vincentians) and the Daughters of Charity (1663), the first sisters to work outside their convents in active service. He is patron of all charitable works

bids farewell to the

with a Mass of 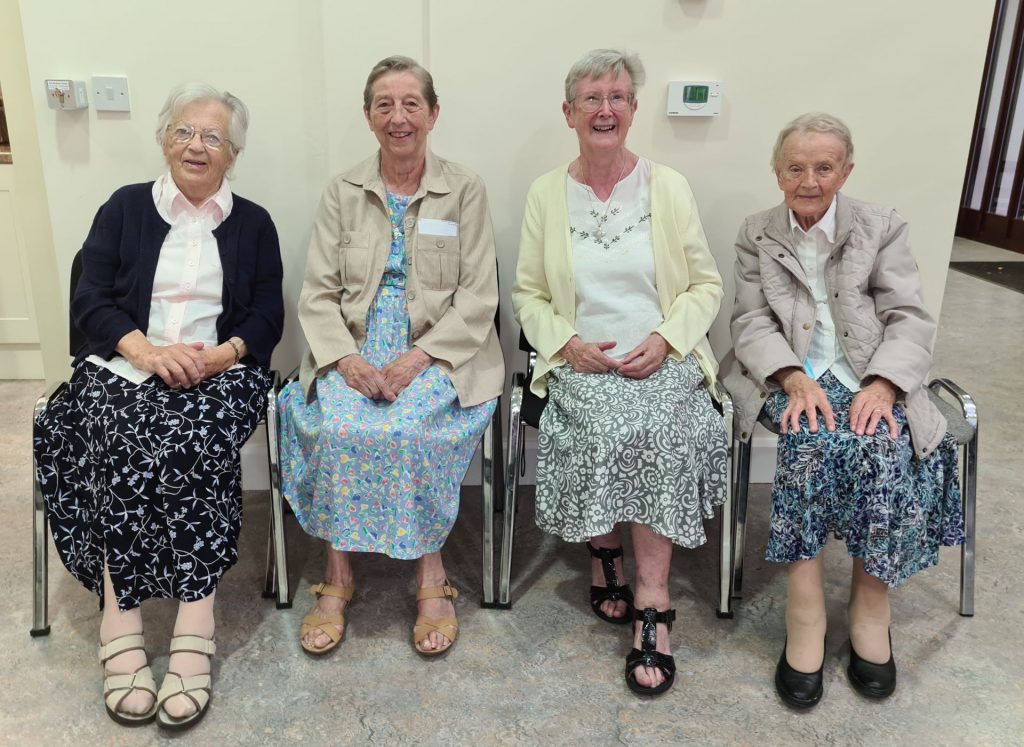 Sr. Margaret Mary Maher, in the Parish since 2003, Sr. Adile, a visitor to the Parish on many occasions,

Sr. Anne Hogan, Regional Co-ordinator for Ireland and England, and Sr. Breda Lalor, in the Parish since 2008 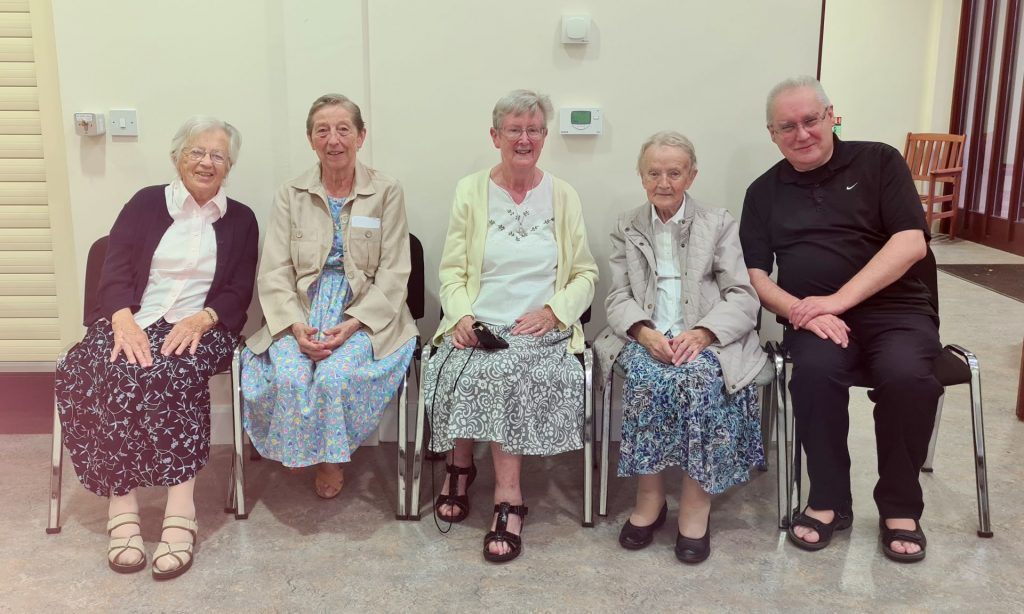 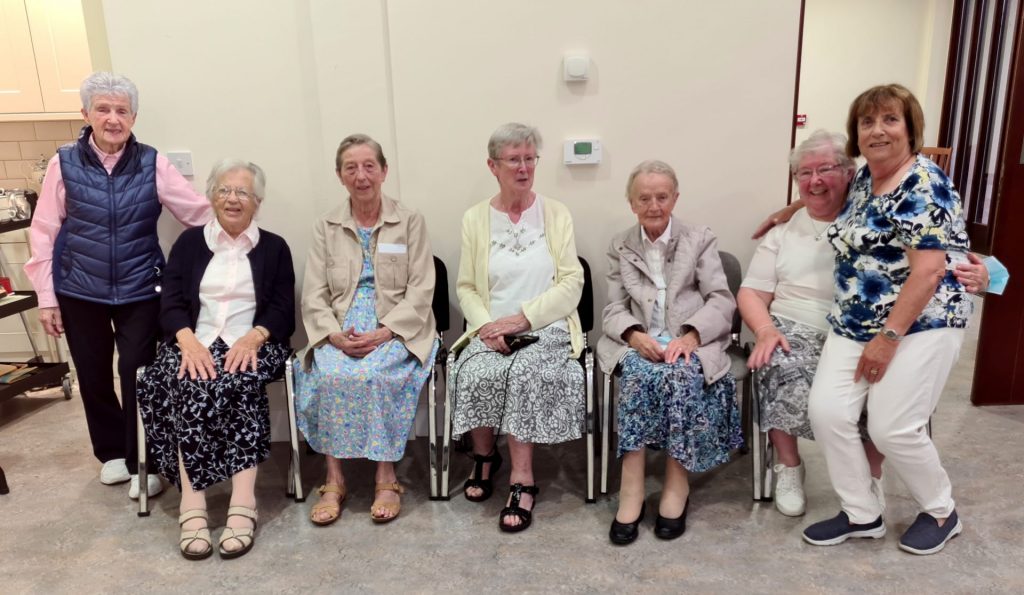 On left, Mary Bolger , Sacristan for the Mass and on the right Mary Breen and Sheila Plunkett along with Mary Bolger provided the refreshments after Mass 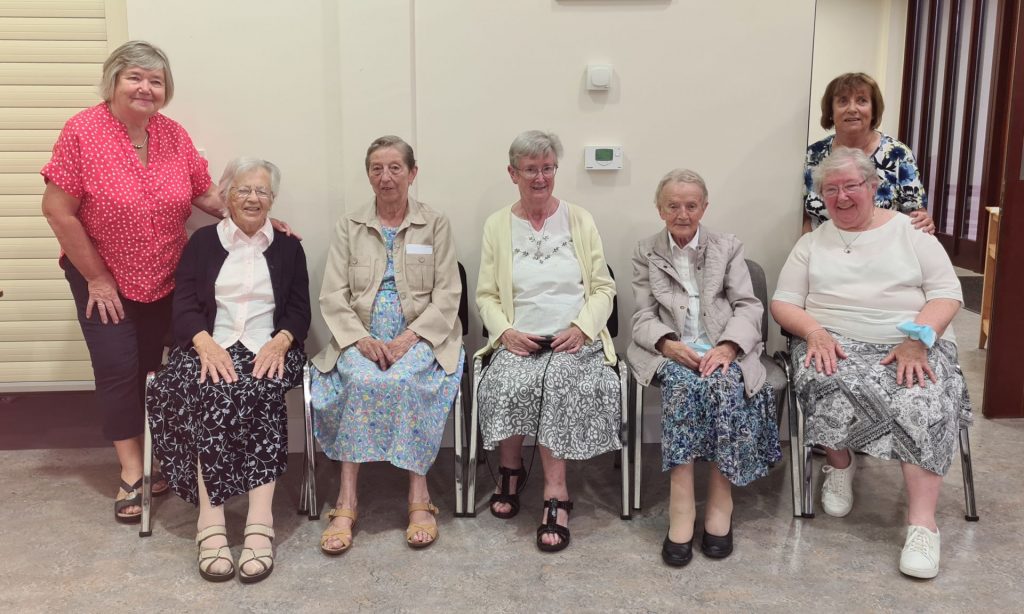 On left, Maire Therese Kennan O’Dowd, Minister of the Word who proclaimed the Readings during Mass and who organised the Mass, on right seated Mary Breen and standing Sheila Plunkett  along with Mary Bolger provided the refreshments after Mass

St. Fergal’s Parish bids farewell to the Sisters of Saint-Gildas with a Special Mass of thanksgiving and appreciation celebrated by Very Rev. Jimmy McPartland, Co-PP, St. Fergal’s Parish, Ballywaltrim, Bray, on Tuesday 23rd August 2022. All the parishioners who attended were invited to refreshments in the St. Anthony Room after the Mass provided by the sacristans.

During Mass in his homily Fr. Jimmy thanked the Sisters of Saint-Gildas for all the service they gave to the parish in the past three decades and wished them well in their new Ministry.

The last two remaining Sisters Sr. Breda Lalor and Sr. Margaret Mary Maher are going to continue their Ministry in convents in England.

Sr. Anne Hogan, during Mass thanked all the clergy and community of St. Fergal’s for all the kindness and support shown to the Sisters through the years. She recalled how the Sisters of Saint-Gildas came to Bray in 1993 and spent their first year in the Most Holy Redeemer Parish. They stayed in temporary accommodation in one of the small red brick houses opposite the Town Hall. In the year 1994 they acquired permanent accommodation in the Parish of St. Fergal and were warmly welcomed by the then Parish Priest, Fr. Pascal Nevin, OFM.

Sr. Margaret Mary Maher arrived in 2003 and Sr. Breda Lalor in 2008. Sr. Anne Hogan, Regional Co-ordinator for Ireland and England, came to visit on occasions as did Sr. Odile.. Sr. Josephine was also in St. Fergal’s for a short while Sr. Margaret Mary was involved in the Monday Club which met in the St. Clare’s Centre. Sr. Anne Madigan and parishioner Bernie McGrane were involved in Casa and their work involved visiting housebound people and to develop friendships. Sr. Catherine and Sr. Eileen of the Marist Sisters who were then also in the Parish and Sr. Margaret Mary were involved in the Cardas Group. Sr. Breda was a member of St. Fergal’s Parish Pastoral Council for many years and her work also involved visiting housebound people. She was also a member of the Funeral Team. All the Sisters were Ministers of the Eucharist and Sr. Anne brought Holy Communion to the sick. 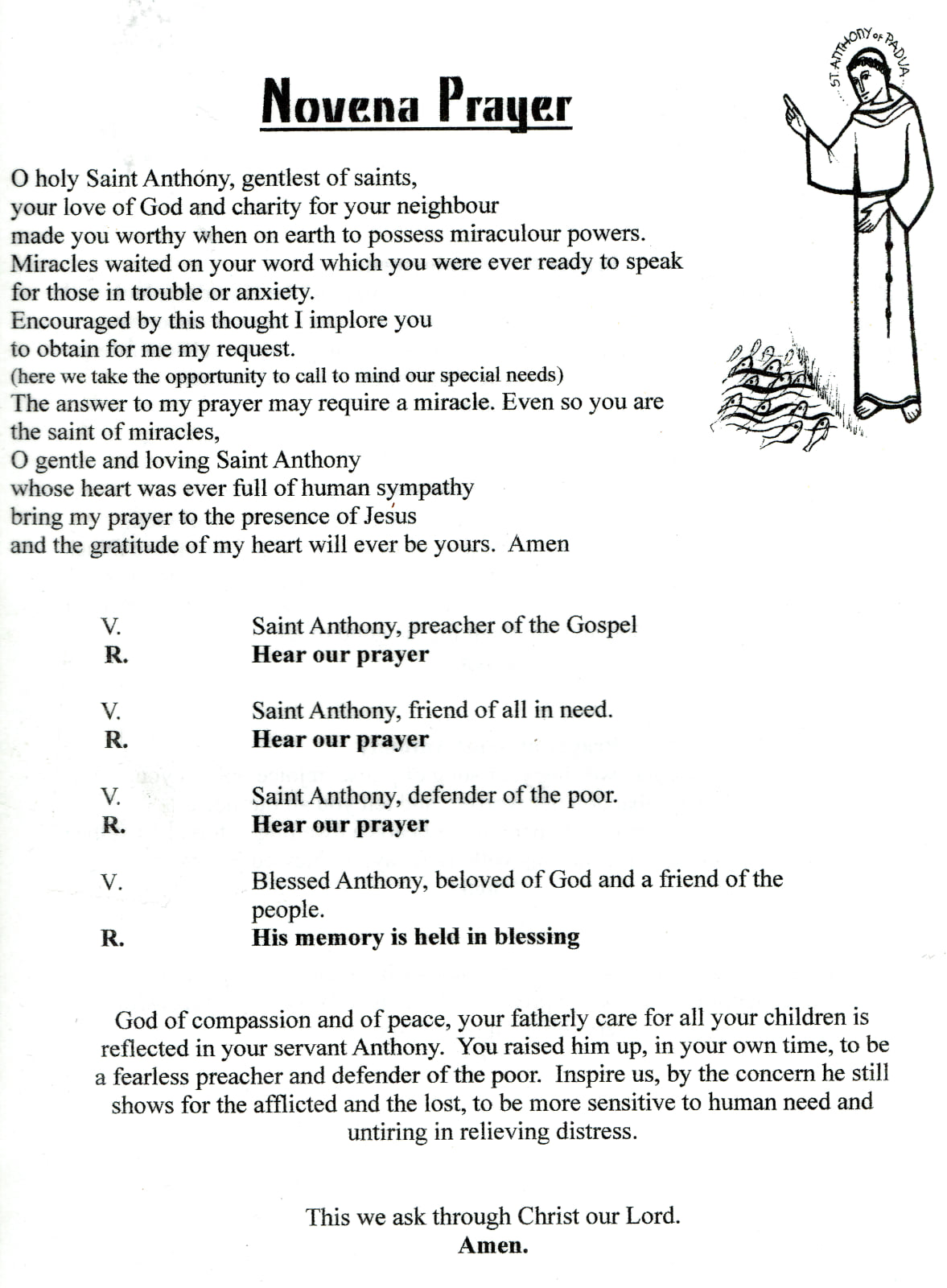 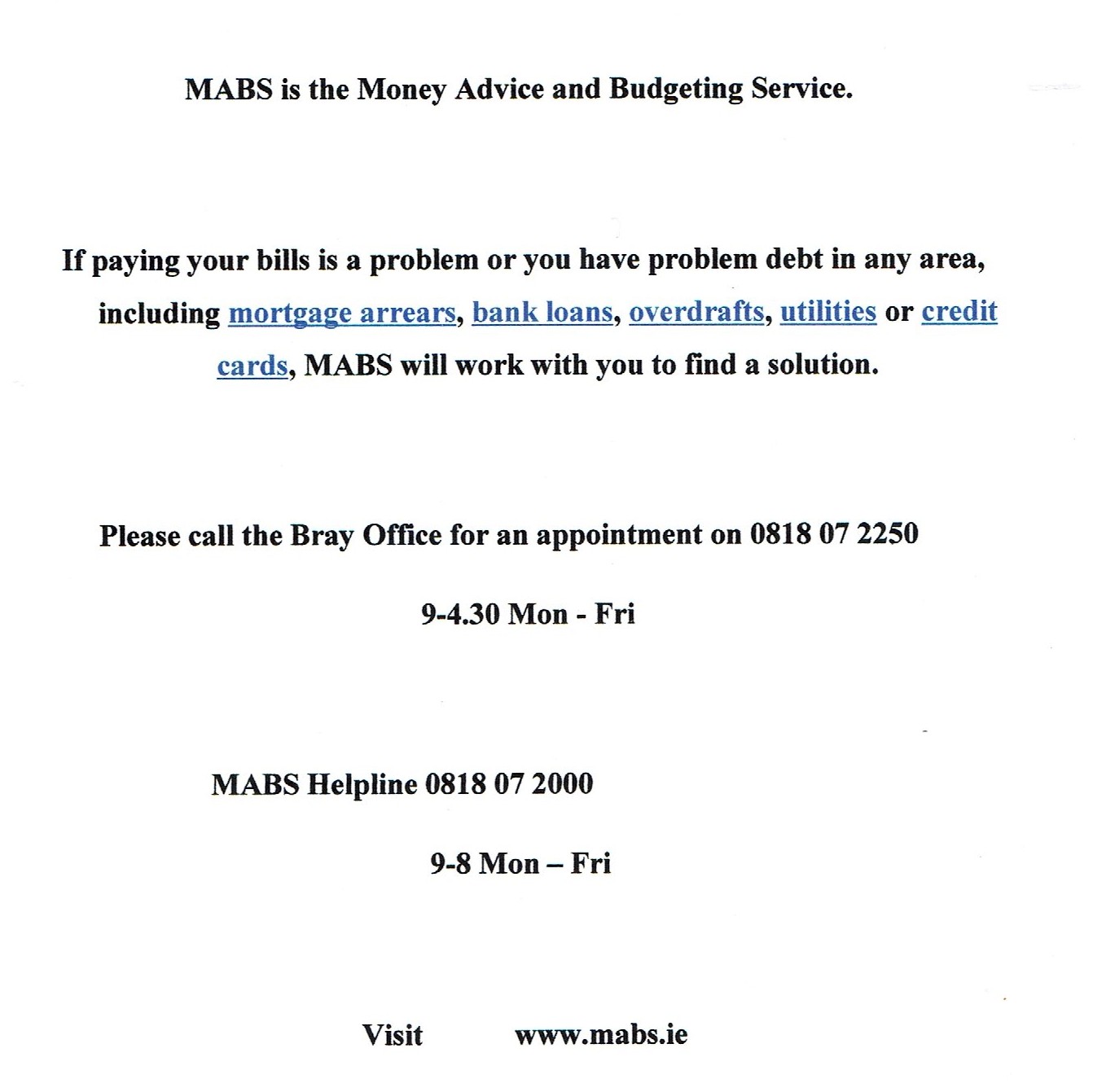 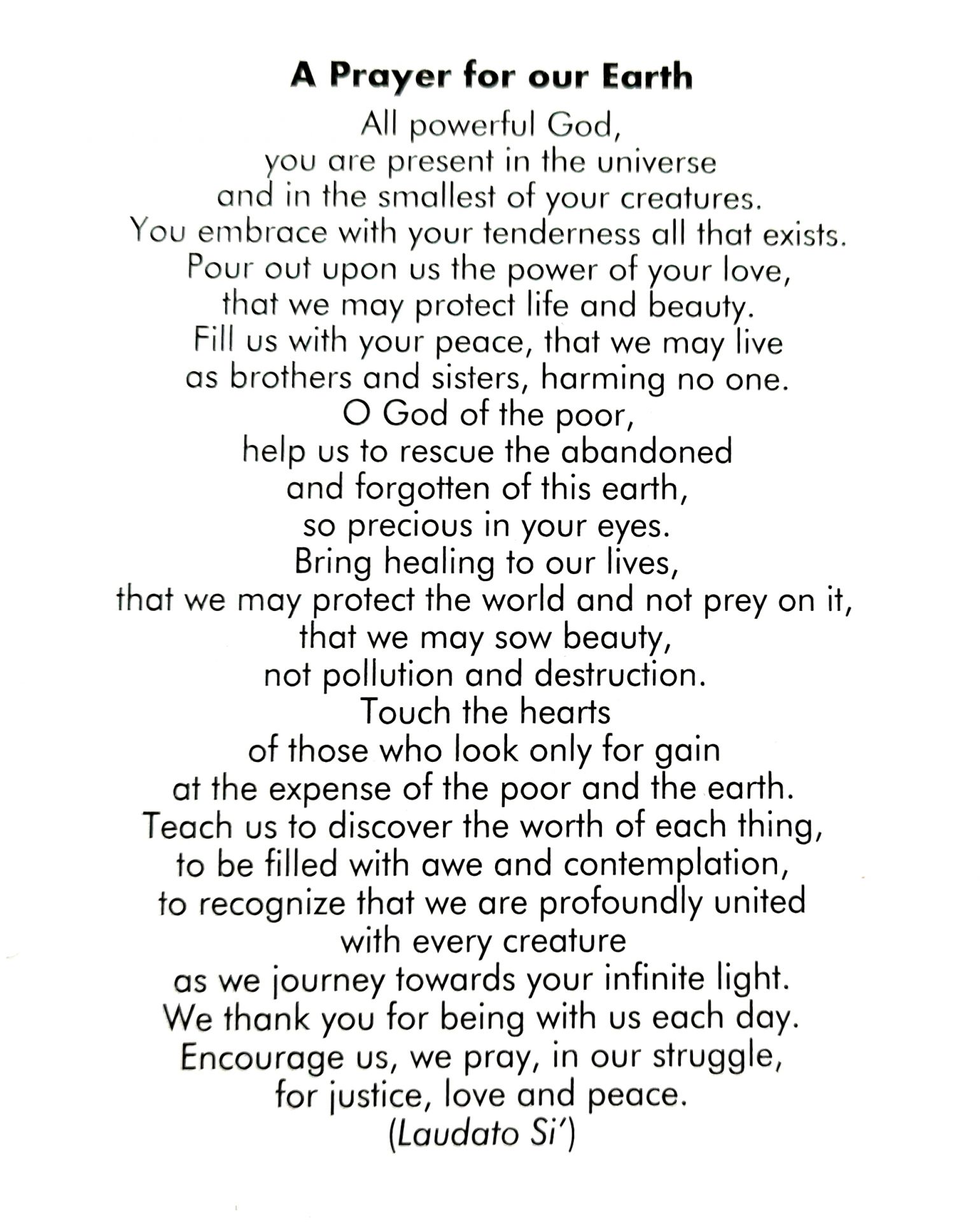 for Masses via webcam

from Ireland and abroad 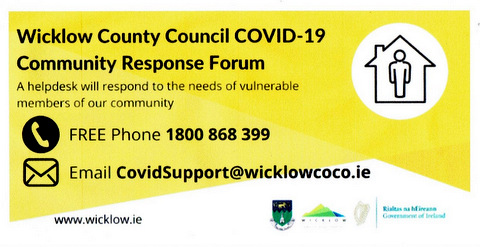 can be viewed on

A New European Data Protection Law is being introduced on the 24th of May 2018.   This new law applies to any organisation, including our parish that manages and processes people’s personal information.   We are now working on ways of ensuring that what we do with your information is compliant with this new law.   It is a work in progress and over the next few months we will keep your informed through the parish website and in the newsletter as policies are put in place.   If you have any questions about this please do not hesitate to contact the parish office

Undefined cookies are those that are being analyzed and have not been classified into a category as yet.

Any cookies that may not be particularly necessary for the website to function and is used specifically to collect user personal data via analytics, ads, other embedded contents are termed as non-necessary cookies. It is mandatory to procure user consent prior to running these cookies on your website.

Save & Accept
Powered by